Syncopation at its simplest refers to unevenly accented beats. In the twentieth century the term was “racialized” and came to stand in for music made by and associated with African Americans.

A song like “mary had a little lamb” is not syncopated and has four evenly accented beats:

All the beats and all the notes are the same, evenly accented. Similarly “Twinkle Twinkle Little Star” is not syncopated.

“Syncopation” means that some beats are accented more strongly: for example the John Phillip Sousa march “Stars and Stripes Forever” accents the first and third beats very strongly (1  2  3  4). Sousa’s marches were very highly syncopated in complex and clever ways, but listen to the cymbal clashes on 1 and 3 in this brief clip.

This most common beat in contemporary pop music makes the accent on 2 and 4 very clear. The bass drum goes on one and the accent, the snare drum, on two and four (1  2  3  4).

Syncopation can occur on drum beats or the notes of a song. For example, here is the melody to Scott Joplin’s “The Entertainer” played without syncopation.

The familiar version is syncopated: the piano player’s left hand emphasizes 2 and 4 while the melody is full of uneven accents and varied timing. 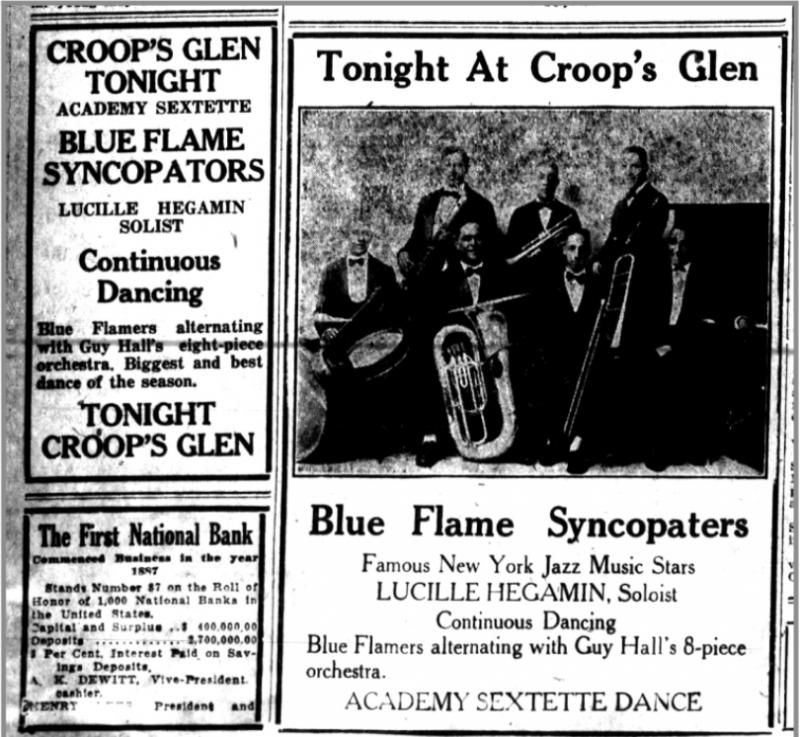 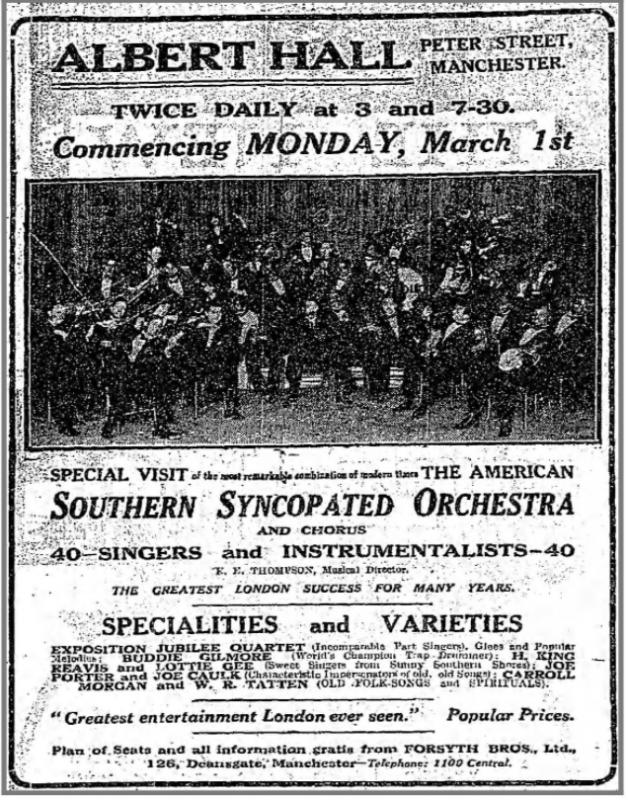 Syncopation is what makes you tap your foot. Marching music is syncopated, almost all pop songs are syncopated.

In the early twentieth century “syncopation” started being used in a generic way to describe music made by or influenced by African Americans, especially ragtime and jazz music. Blues singer Lucille Hegiman performed in the US with her “Blue Flame Syncopaters” while the African American composer Will Marion Cook formed “the Southern Syncopated Orchestra” to bring his music to audiences in England and Europe.

Ragtime and jazz are syncopated, and in specific ways, but most lively music is syncopated. The term took on racial connotations, as if black people had natural or genetic rhythm. Using the term this way reduced African American practice, discipline, creativity and skill to a kind magic racial quality. For example, an address to the National Association of Music Teachers in 1918 claimed “it is hardly possible to mention the rhythm of Negro music without thinking at once of that striking rhythmic element that is responsible for most of the characteristic vitality of the Negro's songs , —syncopation.” While syncopation was also key to the characteristic vitality of Sousa marches and other music , the author insisted “we are safe in concluding that [black music’s] syncopation is something deeply racial, a heritage from the remote past.” *

Seeing syncopation this way helped “ghettoize” or segregate African American music from other forms of music. Black musicians responded creatively, sometimes embracing the idea that their race gave them a special talent for syncopation. Scott Joplin, for example, insisted that "there has been ragtime music in America ever since the Negro race has been here."