Q: Was the United States the only country where the racist tradition of blackface performance was popular?

A: No. Racist caricature was prominent in many other countries in the Americas.

Like their North American counterparts, many white people throughout Latin America — in countries as geographically and culturally distant as Cuba and Argentina — enjoyed making fun of Black people. And just as in the United States, these cultures of white supremacy paradoxically helped produce the innovative musical genres of the early recording era.

The most popular commercial entertainment in Cuba from the mid-nineteenth century to the early twentieth was the teatro bufo or teatro vernáculo, a comic theatrical form depicting working-class life and featuring a series of stock caricatures performed by white actors in blackface. These comic characters included: the negro bozal, a recently arrived enslaved African who speaks broken Spanish; the negro catedrático, a pretentious, semi-educated Black man; and the mulata de rumbo, a sexually “loose,” light-skinned woman of the street. And, of course, the teatro bufo was accompanied by stylized versions of musical genres associated with Afro-Cuban communities, including the guaracha and rumba. In broad strokes, this popular theater was not dissimilar to North American minstrelsy; the negro catedrático may even have been modeled on the U.S. character, Zip Coon. 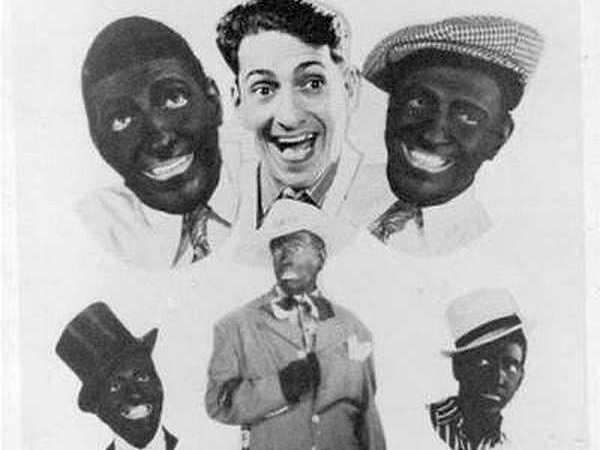 Born in the Cuban city of Cienfuegos in 1891, Arquímedes Pous was an actor famous for playing characters in blackface. Interestingly, Pous was also an outspoken opponent of racial discrimination.

In Argentina, too, blackface performance was popular in the nineteenth century. There, it was most common during the pre-Lenten Carnival celebrations that acquired broad cultural significance throughout the Catholic world. Carnival was a time for transgression, for turning the world upside down, and throughout the Americas that often meant flouting the rules that governed racial interaction. In Buenos Aires, the carnival celebrations of the 1860s featured performances by groups of whites in blackface singing about their master’s wife. By the end of the century, the Buenos Aires carnival featured both rich white boys in blackface caricaturing the music and dance of Blacks and Afro-Argentine comparsas imitating their imitators! The dance steps they performed would later be incorporated into the milonga and its successor, the tango.

When the recording industry was born at the dawn of the twentieth century, blackface performance traditions were still alive in the U.S., Cuba, and Argentina. In all three places, blackface denigrated and stigmatized the cultural practices of people of African descent. Yet, in all three places, blackface performance also represented a “contact zone” where people of African and European descent interacted through imitation and where hybrid musical styles were forged. The musical genres that circulated on early recordings -- from ragtime to danzón to tango -- resulted, at least in part, from this process.