Q: Jazz, son, samba, and tango songs all became musical symbols of their nations; when were they first recorded?

It's impossible to say exactly when a musical genre was invented, since fans and experts can rarely agree on what counts as the first song in a new style. Nevertheless, 1917 was a key moment in the genesis of musical genres from across the Americas.

“Livery Stable Blues,” recorded in Victor Records’ New York studios by the all-white Original Dixieland Jass Band, is usually considered the first jazz record. A 12-bar blues, the song was a novelty number featuring a chorus in which horns bleated like barnyard animals. But the record helped make a national craze out of a New Orleans musical style created largely by African American musicians such as Buddy Bolden and Kid Ory.

That same year, the Brazilian singer Manuel Pedro dos Santos, known as Baiano, recorded “Pelo telefone” (“On the Telephone”) for Casa Edison on behalf of Odeon Records. Baiano describes the song as a "carnival samba" in his spoken introduction to the recording. As a result, "Pelo telefone" became known as the first samba, even though it lacks the beat we now associate with the genre and its habanera-based rhythm makes it sound more like a maxixe. 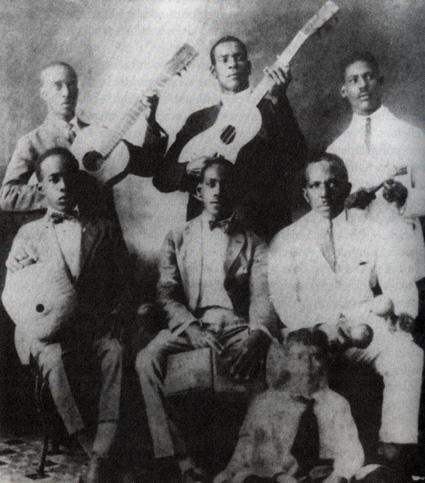 In 1917, Columbia Records brought a group of musicians from Oriente Province in Eastern Cuba to Havana to record a few sides. These recordings have been lost, but the group, renamed the Sexteto Habanero Godínez, recorded for Victor the following year. The band specialized in son, a genre that featured a rhythmic pattern known as clave (performed on an instrument called claves) and that quickly became the dominant form of Cuban popular music.

Finally, though tango had been recorded earlier, Carlos Gardel’s version of “Mi noche triste” (“My Sad Night”), recorded in 1917 for the local Odeon agent, inaugurated a new genre of tango song. The record established the melodramatic lyrics, the use of Buenos Aires slang words, and the emotional vocal delivery that would remain characteristic of this genre for decades.

The fact that all four of these genres emerged at roughly the same moment reveals the catalyzing effect of the recording industry. By 1917, a thriving market for phonographs and records existed in major cities like New York, Rio de Janeiro, Havana, and Buenos Aires. Victor, Odeon and Columbia were all actively seeking new types of music to capture consumers’ attention. Jazz, samba, son and tango represented new transformations, combinations and rebrandings of earlier styles. At least three of them — jazz, samba, and son — were also rooted in regional styles — from New Orleans, Bahía, and Oriente, respectively — that recording scouts thought might attract a national audience. 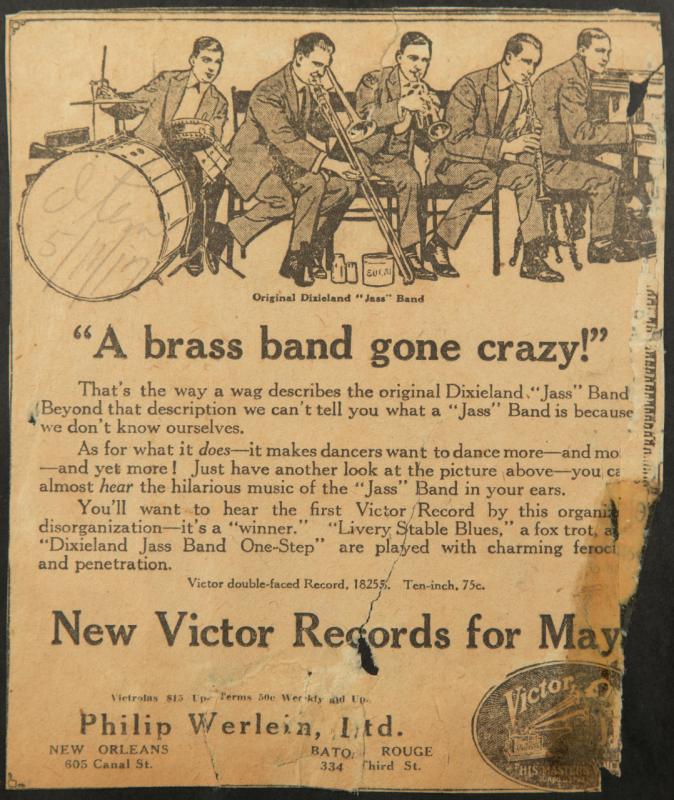 Not only were all of these genres products of the global recording industry, they also all had origins in the African diaspora. Yet despite these global roots, all four of these genres went on to become musical symbols of their nations. What explains that outcome?

Again, it was the recording industry that was responsible for this effect. American and European record companies thought of the world as a collection of national markets. They sold their recordings of classical music and, eventually, jazz in these markets, but they also believed that local consumers would want to purchase recordings of their “own” music — a recognizable product. As a result, record catalogs and advertisements tended to divide their offerings between classical music, supposedly of universal interest, and local genres, which they marketed as the authentic music of the nation.

These marketing assumptions and strategies meant that even if jazz, samba, son, and tango retained their associations with specific cities and provinces, they also came to symbolize their nations to the people who bought the well-promoted and readily available records. In the 1930s, intellectuals in all of these countries made this nationalism explicit, discovering the true essence of the nation in commercial music that had been profoundly shaped by global cultural exchange.